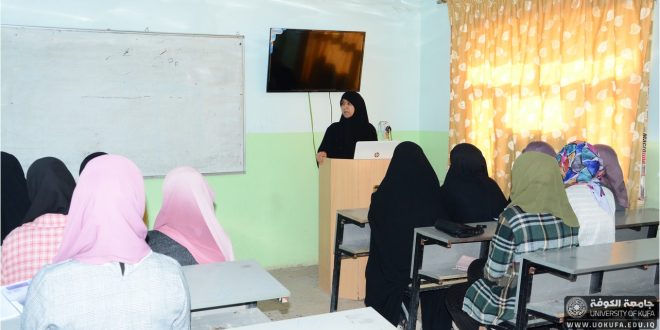 The Faculty  of Education for Girls at the University of Kufa organized a workshop on (the negative effects of using mobile phones).

The workshop, in which both (Professor Sahar Mahmoud Jawad) and (Professor Dalal Abdel-Hussein Kazem) from the Department of Life Sciences lectured, aimed to educate the community by spreading health and cultural awareness about the risks related to the misuse of smart phones and directing the educated class in Society calls for the need to legalize the use of smart devices due to their risks and negative effects on the various body systems, especially the central nervous system.

And concluded with several results, including causing pain and spasm in the muscles of the back, neck, ligaments, nerves, and muscles of the discs between the vertebrae of the spine, and the child may be exposed to infection with tendons or infection with carpal tunnel syndrome and headache resulting from eye strain, sleep disorders, anxiety, insomnia, especially if used The phone before bed and also the incidence of some types of brain cancer, according to British studies, due to the damage resulting from the rate of tissue absorption of radiation.

He recommended the lecturers to reduce the use of mobile phones except for extreme necessity, put a distance between mobile devices and the body (away from the bedroom), not use them before going to sleep, and stay away from buying mobile devices with high radiation to reduce their harmful effects on various body systems. 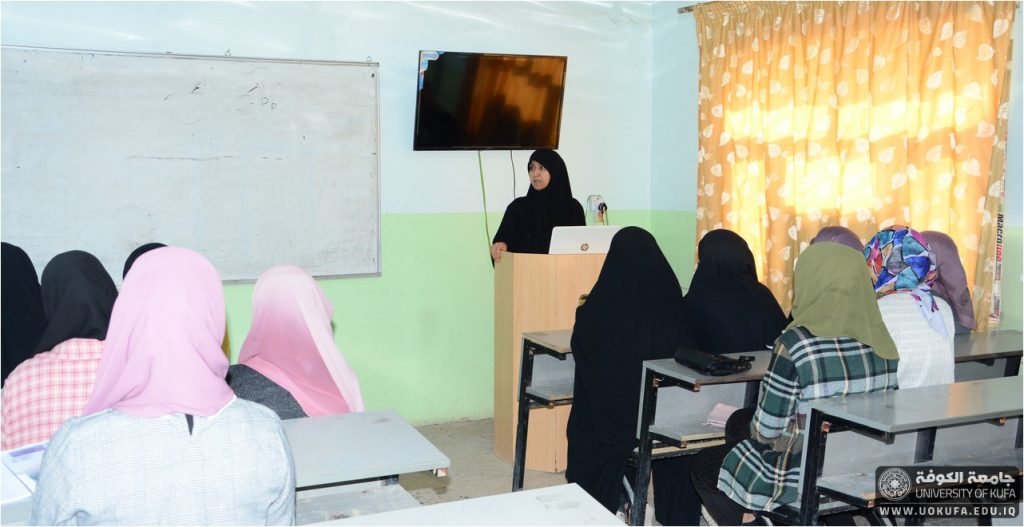 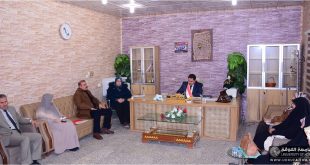