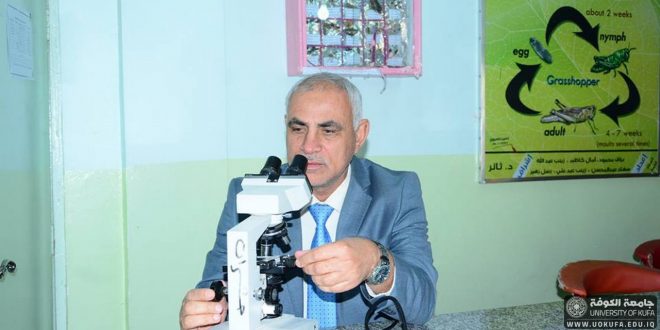 Prof. Dr. Jassim Humaid Rahmah and Prof. Sohad Hamid of the Faculty of Science and researcher Wijdan Shhnin of the Faculty of Nursing published a joint research study titled “Investigation of the parasite of the alshammania in the insect sand flies using PCR technique in the governorate of Najaf” in the Archives magazine Cellular Biochemical Hindi. The aim of the study is to investigate the ischolania of the sand flies using PCR technology with a survey study of the spread of these vector insects and the fact that the parasite is a dangerous pathological parasite that affects humans and other animals. The results of the research showed that the numbers of sand flies were reduced in the warmer months as the study showed that there was no phase of the mother-whip of the parasite when the insect was dissected and examined by photometric microscope. However, using PCR technology, the study showed that the sand fly insect is transporting the allachania parasite in the governorate of Najaf. 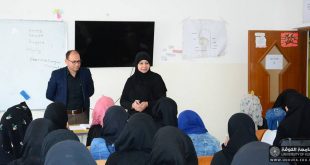 The English Department held a panel discussion titled How do British and American English differ? …