Alexander’s father , king Philip of Macedon had gone a long way towards achieving the union of all the provinces of mainland Greece and the island and at the of his assassination he was making preparation for war against Asia Minor and the east Alexander took up father’s plans, and completing his military preparation . he set forth on an expedition into Asia . The landing of the expedition on Asiatic shores (334 B.C.) and its subsequent advance across  the mainland were unopposed until the battle of lessns were the Persian opposition under Darius III was routed . Alexander then set his triumphant forces to the reduction of phoenician and Syria in (332 B.c.) he was able to occupy Egypt without serious resistance. This done he marched through Derezor on the Euphrates to the upper Tigris region Gaugamela near Erbil he was confronted by an army which had been collected by Darius . there ensued a crucial battle which resulted in the completing defeat of the Persians and the fight of Darius . the whole of Iraq now lay open before Alexander, and in (331 B.C.) the conqueror made his triumphed entry into Babylon . 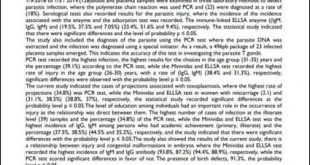 Teachers publish joint scientific research in one of the international journals