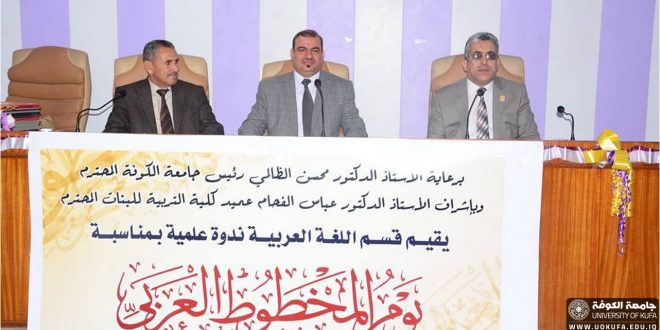 In the presence of Prof. Dr. Mohsen Al-Dhlami, the President of the University of Kufa, Prof. Dr. Abbas Al-Faham, Dean of the Faculty of Education for Women, Vice-Dean for Scientific Affairs and a large number of guests concerned with Arab heritage and civilization and professors of the Department of Arabic language and under the slogan (our manuscripts are the treasures of our knowledge). Arabic language Department organized a scientific symposium on the occasion of the day of the Arabic manuscript, which contained a lecture entitled “Explanations of Duaa al- sabah for the prince of believers” was presented by Prof. Dr. Ali Al-Araji. The symposium aimed at taking care of manuscripts in Najaf and achieving the texts of the manuscript (reality and hopes) and explain the mechanisms of achieving between Arabic and European manuscripts, Al-Dhalmi stressed on the necessity of interest in the manuscripts for their importance in preserving the cultural and intellectual heritage and the possibility of preserving and archiving these manuscripts, especially those existing outside Iraq. 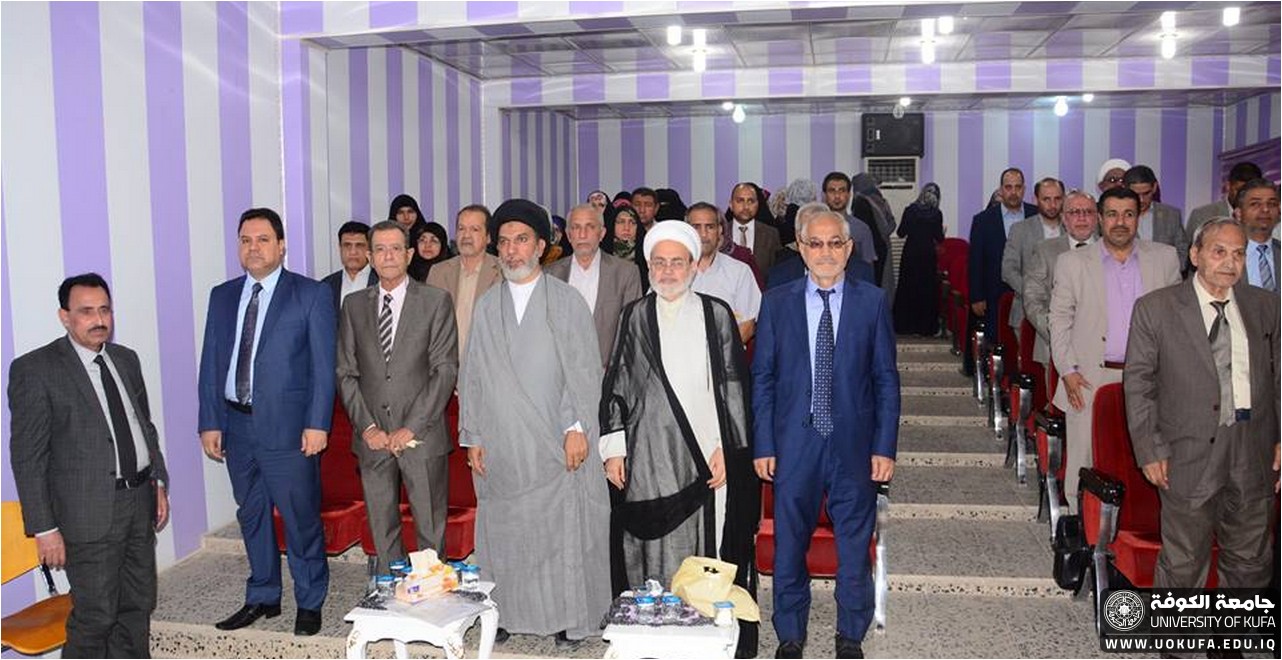 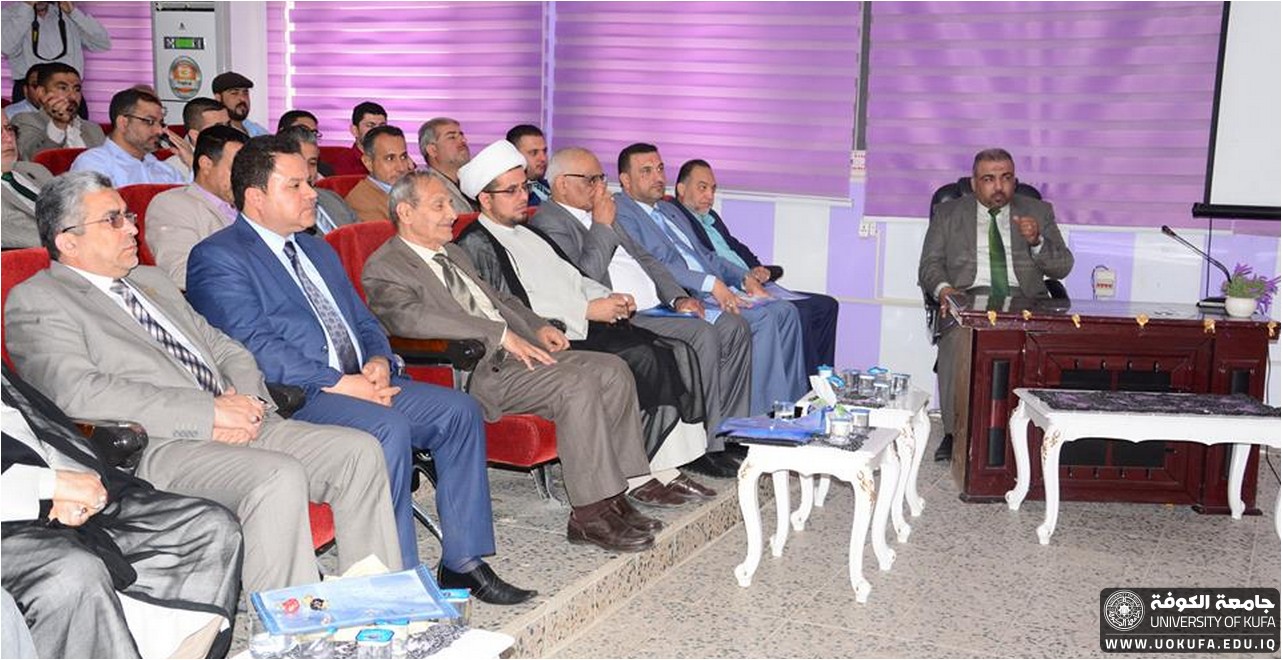 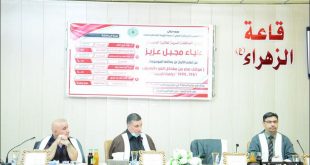 Egypt’s position on the problems of the Horn of Africa, 1961-1990, a historical study titled MA debate