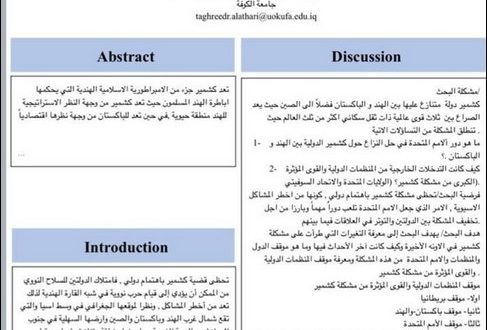 His teacher participates in the International Humanities Conference in Iran

Dr. Taghreed Ramez Hashem, a teacher at the College of Education for Girls, Department of Arabic Language, participated in the Third International Conference on Human Sciences – Iran – sponsored by Tehran University. 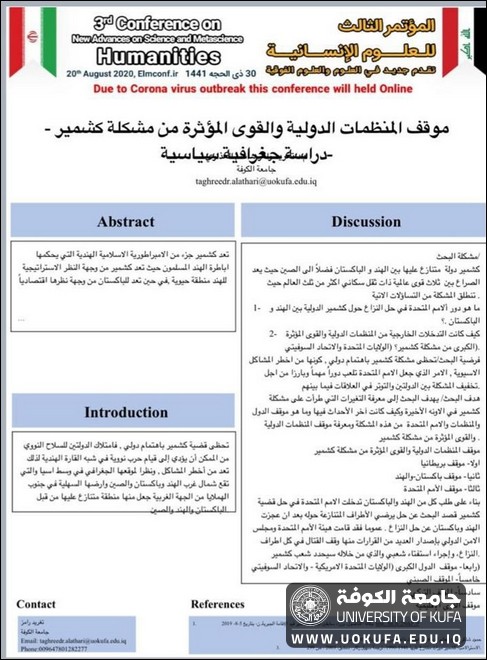 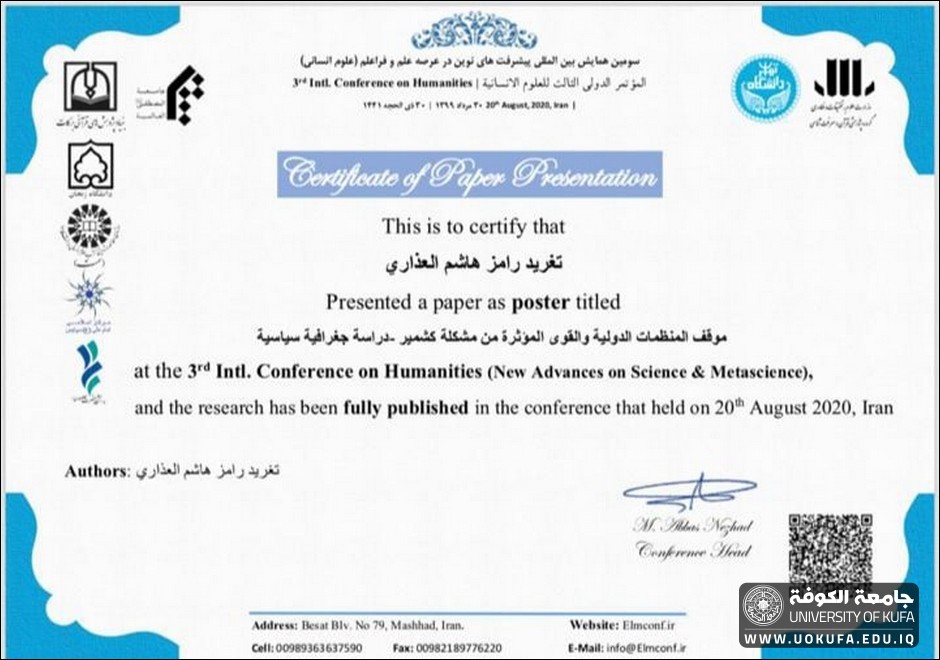 As she presented a scientific paper during the conference on (the position of international organizations and influential forces on the Kashmir problem – a geopolitical study).

During it, she explained the importance of the Kashmir issue, which is receiving international attention, as the possession of two states of nuclear weapons could lead to a nuclear war in the Indian subcontinent and that is why it is one of the most serious problems.

Due to its geographical location in Central Asia, which lies northwest of India, Pakistan and China, and its plains land in the southern Himalayas on the western side, it has made it a disputed area by Pakistan, India and China.

The research addressed the changes that occurred in the Kashmir problem in recent times, how the latest events in it, and what is the position of countries, organizations and the United Nations towards them. 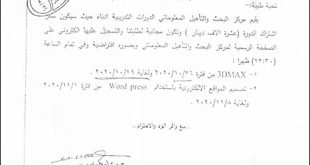