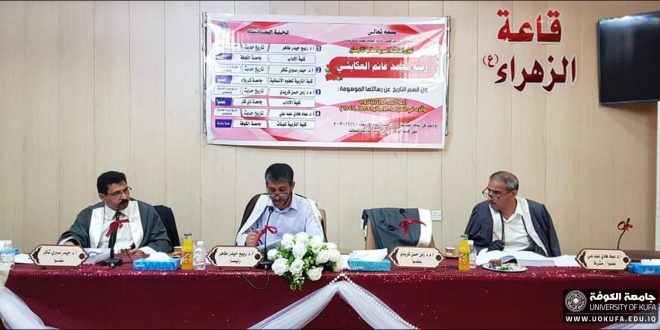 A discussion of the Master’s thesis, Joachim von Ribbentrop, and its effect on German politics (1893-1945) by the researcher Rukia Muhammad Ghanem from the Department of History, took place at the College of Education for Girls.

The study aimed to identify the roles played by the characters supporting the leadership in the process of building the state at the diplomatic, cultural and military levels, in addition to the role of these personalities in achieving the goals of the state, in addition to identifying the potential of these personalities in terms of whether there are features and characteristics distinguished by them, Or is the matter related to the extent of personal charisma, as it aimed to identify the mechanism for building the Nazi state from both the applied and theoretical aspects, through research on the factors of state building and its collapse from a diplomatic point of view and the study in this context applies to the German Nazi state as the most prominent cases that went through stages Numerous strength, weakness, construction, collapse, and rebuilding, with an emphasis on the duration of Ribbentrop’s control of the reins of the German Foreign Ministry for an eight-year period and his efforts during it.

The Dean of the College of Education for Girls was attended by Assistant Professor Dr. Alaa Naji Al-Mawla, the Assistant Dean for Administrative Affairs and a number of the professors of the department. 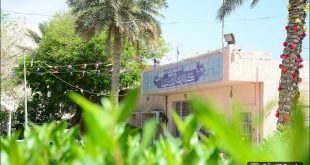 Introducing a doctoral study in physical education, sports science, and a master’s degree in educational and psychological sciences