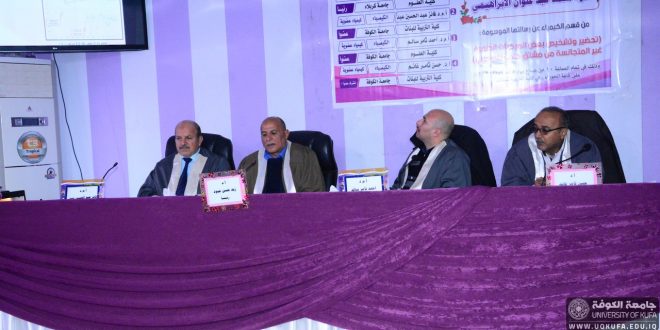 Preparation and diagnosis of some heterocyclic compounds from nitrogenous intermediates, master’s thesis

At the faculty of Education for Girls, University of Kufa, a discussion of the Master thesis titled (Preparation and diagnosis of some heterocyclic compounds from nitrogenous intermediates) was discussed by the researcher Sarah Mohammed Abdel Alwan from the Department of Chemistry.

The study aimed to prepare s 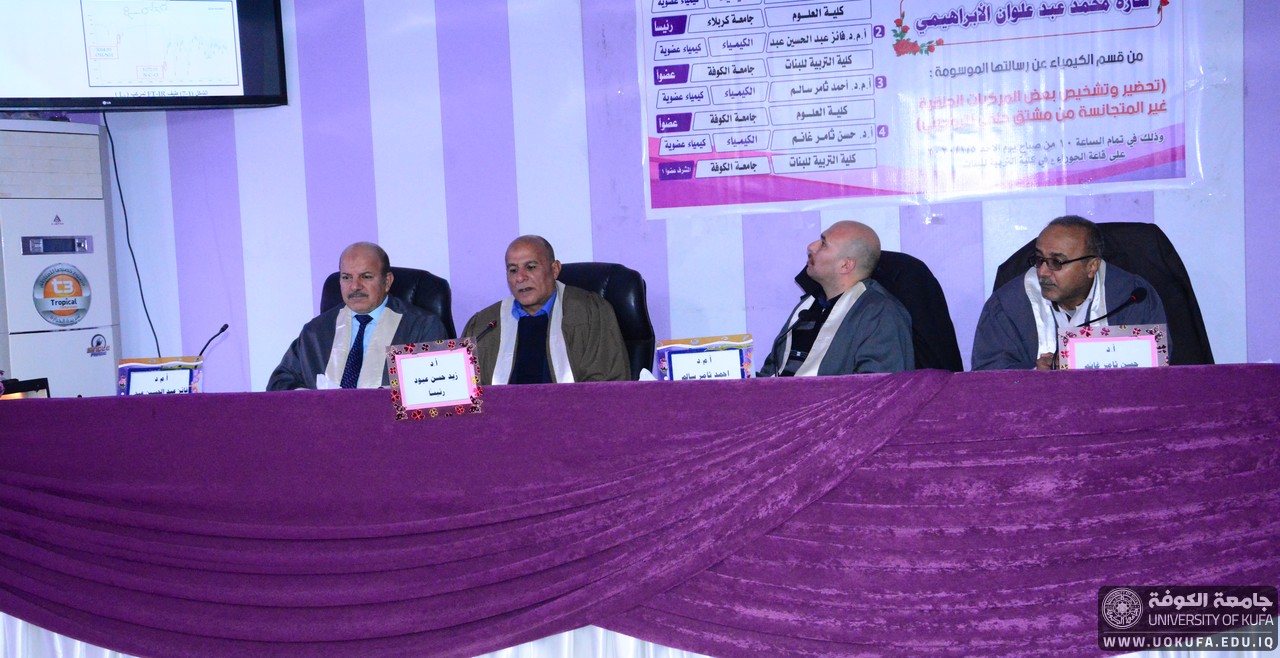 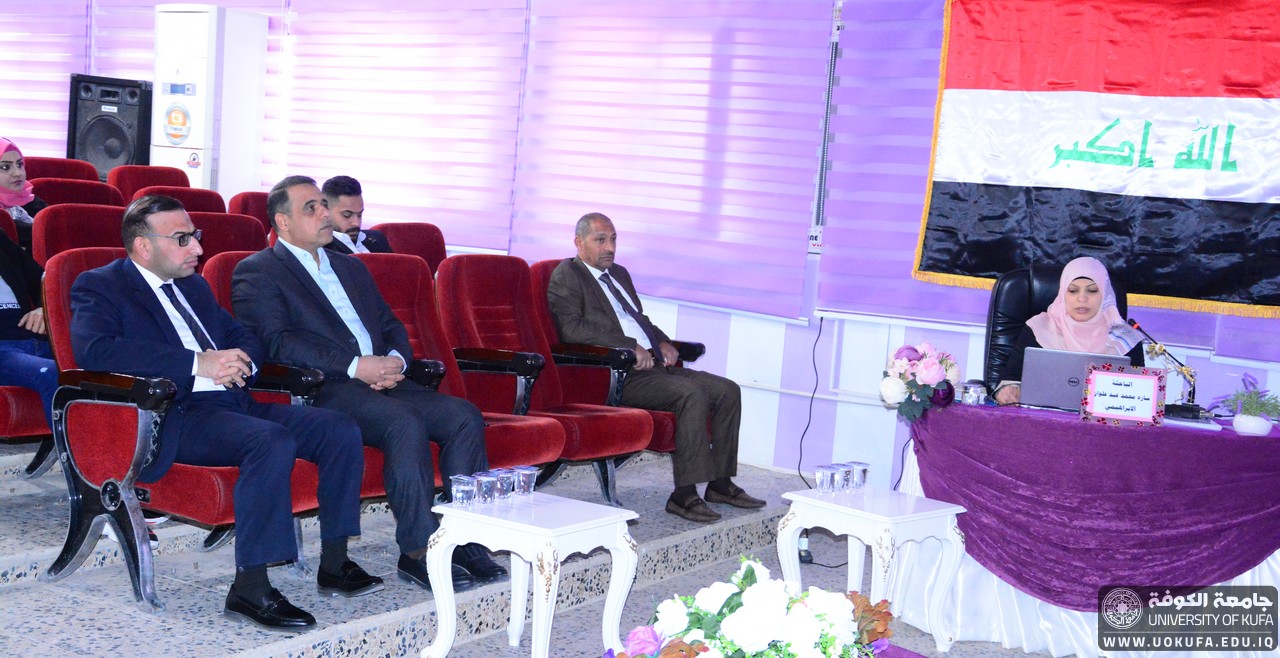 The student concluded that on the necessity to adhere to the reaction conditions of temperature, acidic function, and the addition process when preparing the azo compounds and the different time periods for the prepared compounds, this mainly depends on the effect of the driving groups and the pulling groups present in the reaction mediums and the amine derivatives, as well as the possibility of preparing different derivatives of the -1.3 oxazpene loop from the reaction Chef bases with various anhydrous acids with cyclic addition mechanics 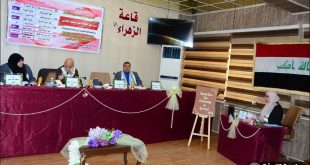 A discussion of the master’s thesis, conducted at the College of Education for Girls, (revealing …