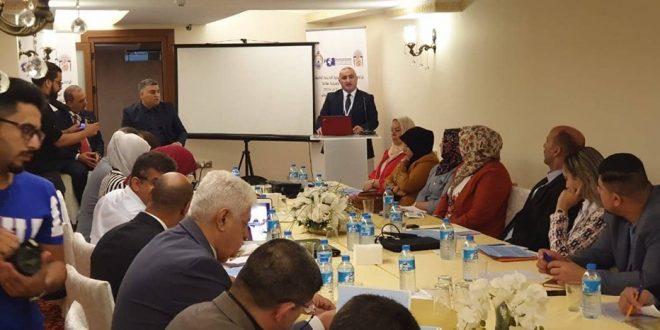 Dr. Haidar Saad Al-Ibrahimi, a lecturer at the Faculty of Education for Girls, participated in a research paper in the international conference, which was held under the auspices of the Turkish International University of Al-Fratine and in cooperation with the International Union of Historians for Development, Culture and Social Sciences. . Brahimi gave a historical lecture on ((the religious and sectarian diversity in Iraq and its impact on state-building after 2003 and the situation of the regional and international environment thereof / analytical study in the impact and mutual impact)) during his study to the analysis of the social and political structure and the nature of conflicts resulting in Iraq, and how Control these conflicts so as not to threaten the political unity of the neighboring countries in the Arabian Gulf region, as well as knowledge of the political transformations and violent events since the emergence of the modern Iraqi state in the twenties of the last century to the present day and the effects of which have included Life in Iraq, as far as it is linked to international and regional interests, policies and alliances on the one hand, and the conflicting or convergence of ideas and objectives of the various Iraqi political parties and forces on the other hand, in how to manage the affairs of the state, the political developments in Iraq after 2003, raised many problems, In particular, on the subject of rebuilding the state on the basis of sectarian and national quotas and the growing instability (social, political and economic), the study also included an introduction, three topics and a conclusion.

(The religious and sectarian structure of the Iraqi society before 2003 / a bright page in peaceful coexistence, and discussed the second topic: (US occupation of Iraq in 2003 and projects of sectarian and sectarian division), and reviewed the third topic: (the position of the regional and international environment of the Iraqi state after 2003 / Analytical readers In mutual influence). 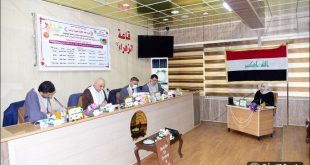